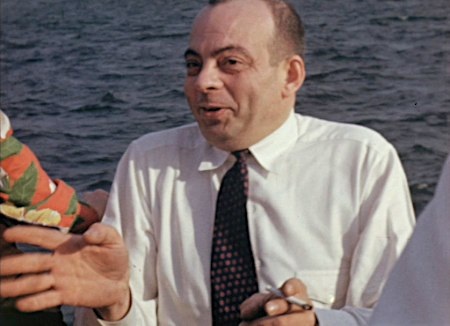 Antoine Jean Baptiste Marie Roger de Saint-Exupéry (yes, that’s his real full name) was born on June 29, 1900 in Lyon, France to the Count Jean de Saint-Exupéry and his wife Marie (née Boyer de Fonscolombe). He had two older sisters, Marie-Madeleine and Simone, a younger brother, François, and a younger sister, Gabrielle (Maillard). On his sixth birthday, his mother gave him his first book, Histoires vécues (Living Stories), which portrayed a boa constrictor swallowing an animal, which is quite representative of the first pages of The Little Prince. This was the beginning of his great love of reading.

Antoine was a very active child, learning primarily through experience and adventures, rather than from early schooling, which, due to a lack of sources conveying such information, was seemingly nonexistent until after his eighth birthday. When he was eight years old, he drew up the plans and, with the help of a local carpenter, built his first invention: a flying motorbike. At the age of 12, he took his first flight in an airplane built by a family friend and fell deeply in love with flying, which would translate into several of his works, including Le Petit Prince, later in life (Maillard).

In 1921, Antoine began taking flying lessons and soon received his pilot’s license, with which he was able to obtain a license to be a military pilot later that year. Airplanes and flying--beginning as a child’s dream--became a major part of his life rather quickly. As writing was also a major part of Antoine’s life, his first story “L’Aviateur” (“The Aviator”) was published in a literary review magazine in 1926. Two years later, he wrote his first adult novel, Courrier Sud (Southern Mail), which was published in 1929 (Maillard).

In 1912, Morocco became a protectorate of France due to the Treaty of Fez (Boddy-Evans). Cape Juby, also known as the Tarfaya strip, was linked with Aéropostale out of Toulouse, France, in which air services (including postal services) connected France to its African and South American colonies. Antoine gained employment with Aéropostale and was stationed at Cape Juby in 1927, where he was named chief of the aerodrome. He learned to speak Arabic in order to communicate with local tribes. With these skills, he was able to negotiate the safe return of several hostages. From 1929 until 1931, Saint-Exupéry was in Argentina as the head of operations for Aéropostale.  In 1930, he received the “Chevalier” award in the Légion d’Honneur (became a Knight in France’s Legion of Honor) for his services at Cape Juby. At a reception later that year, Antoine met Consuelo Suncin, the widow of a Guatemalan writer, with whom he fell madly in love. He married Consuelo in April 1931 (Maillard). Consuelo is the inspiration for the Little Prince’s rose in Le Petit Prince, acting as something with which he could not live, yet without which could not bear living ("The Tale of the Rose").

Between 1930 and 1931, Antoine wrote his second adult novel Vol de nuit (Night Flight), which received the Prix Femina, sold over 150,000 copies after being published in 1931. Night Flight was originally published in France in French and was translated into English in 1932. Antoine filed for his first patent in December 1934 for a device on an airplane that would allow the detection of the distance to the ground during take-off and landing by means of an emission of light. His patent was subsequently published in March 1936 (Maillard).

At the turn of the year 1935 into 1936, Antoine undertook a flight mission in his recently purchased airplane, but crashed on a plateau due to low visibility in heavy clouds. His plane  went down in the Libyan desert, where Antoine and his mechanic were rescued by a group of Bedouins after three days of walking (Maillard).

In 1938, while traveling with his mechanic/navigator friend André Prévot, a misunderstanding of liquid measurements caused their plane to crash from having too much fuel. This crash left Antoine injured and he spent time recuperating in New York City (Maillard). It was during this time that he found a literary agent and signed a contract with Eugene Reynal and Curtice Hitchcock to publish his next book, Terre des hommes (Wind, Sand, and Stars). In 1939, he was made “Officier” of the Légion d’Honneur for his contributions to literature. In February 1942, his book Pilote de guerre (Flight to Arras) is published simultaneously in both French and English in New York City. This book was published in France in November of that year. Under the orders of his publishers to write a children’s book, he started writing and illustrating The Little Prince in May 1942 and fussed with the illustrations until at least October, not allowing time for the book to be published and printed by Christmas. The Little Prince was finally published in the United States in April 1943 by Reynal & Hitchcock simultaneously in English editions and French editions, but was not published in France until 1945 ("The Tale of the Rose"). Although Gallimard was his consistent publisher in France, the manuscripts for The Little Prince were in the hands of Reynal & Hitchcock. The original French Gallimard edition of Le Petit Prince was created by making copies of the original Reynal & Hitchcock edition. Later Gallimard editions contained restored illustrations from the original (Maillard).

On July 31, 1944, Antoine piloted a flight to perform a photographic mission between Grenoble and Annecy, France and after several hours of unreturned radio calls, there was little hope that they were still flying. Finally, on September 8th, he was declared missing, and by November 3rd, it was assumed that he was no longer alive. Since his death, eleven other pieces of his writing have been published (Maillard). In 2009, it was confirmed that pieces of his airplane were found in the Mediterranean, just off of Provence. It is still a mystery, to the relief of many Saint-Exupéry fans, as to how or why he crashed ("'Little Prince' Mystery Solved").
Resources:
This website was created by Kristin Unruh as a project for LIS514A: History of Children's Literature at the University of Illinois at Urbana-Champaign in the Fall 2012 Semester.
Powered by